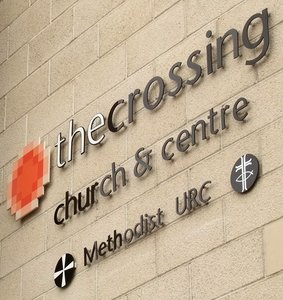 On Saturday 10 Oct 2015 Synod met right at the northern edge of our region in Worksop, at the Crossing United Reformed & Methodist Church – another couple of miles up the A1 and we would have been in Yorkshire Synod.

Synod was constituted by our Moderator, Peter Meek, and began with worship led by Geoffrey Clarke who minutes later was elected as our deputy Moderator. 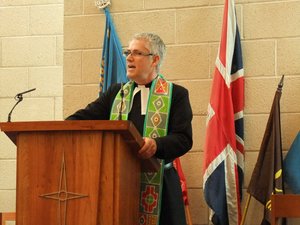 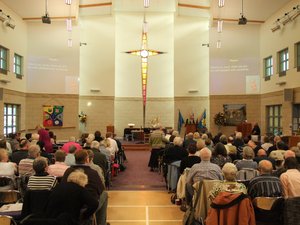 Then we entered our usual round of Synod business – except that it was a bit unusual. 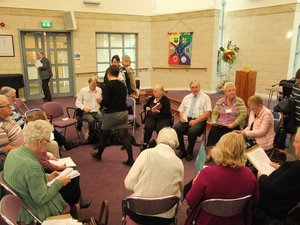 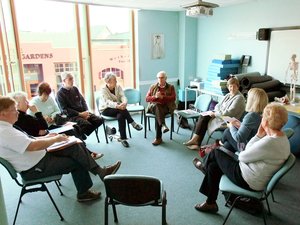 Most of the morning was devoted to discussing the future of the URC, using parts of the “” booklet published earlier this year. We broke into several small groups for ¾ hr or so, each group being allocated two different sections of the booklet. The groups then fed back to the entire synod a précis of their discussions. A summary of these will be made by the Synod Clerk to report to mission council. It was interesting to see how different churches sometimes had quite different responses to parts of our topic.

After lunch we were treated to a presentation by Rev Elizabeth Clark, about her work as the joint Methodist & URC Rural Consultant. She immediately warmed herself to us by telling us that a wise person once said: ‘A small church is no more a failed big church than a Satsuma is a failed orange!’, before going on the share stories from local rural churches and explaining the role she has within the URC and Methodist Churches. She is based at the Arthur Rank Centre but emphasised that she is a resource to all our churches and is eager to work with local congregations. You can contact her through the Arthur Rank Centre Website, by email or by phone at 024 7685 3081 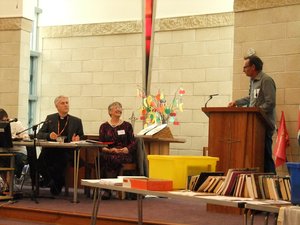 Only then did we come to the 'usual business of Synod' – the committee reports. Conveners had been encourages not to speak to their reports unless there was a resolution or some important late information to convey. On the whole, they simply answered questions from the floor. That of course meant that we had to have read the reports before synod, but it meant that the ordinary (and often quite boring) business proceeded fairly swiftly. There was still the same opportunity for questions, discussion and debate and we still needed the orange and blue consensus cards.

Who can go to synod? Every church can send their minister and at least one Elder (depending on the size of the congregation) as voting members, but anyone can go to enjoy the discussions, the presentations and the ambience – and of course to meet up with many more URC folk!

The next synod is set for 19 March 2016 at Christ Church Leicester.

Why not cadge a lift?

These are my personal observations
of some of the things that went on at Synod.

These are not official minutes, and can not be guaranteed for their accuracy.
I have concentrated on the things that struck me as interesting or important,
and I will have omitted reporting on some issues which you may have picked up.